Are your money beliefs blocking you from charging what you’re worth? 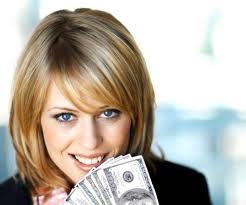 The topic of money is something we don’t often talk about.

This was true for my client – Julie.

During one of our recent coaching sessions she mentioned that the only memory she had of her parents talking about money were remarks they made in passing. Comments such as: “it didn’t grow on trees”, “it was very hard to make” and “it’s almost impossible to earn a decent living”.

It’s important to realise that what we see, hear and experience in our childhood, particularly around money can make a significant impact on how money shows up (or doesn’t show up) for us in later years.

Unfortunately for my client, Julie, just like her parents, she too was struggling with money now as an adult. When working in an executive role for a consulting company, she never put herself forward for consideration to work on some of the larger consulting projects. She also found it extremely hard to approach her boss for a pay increase– even after all her amazing achievements for which she had received numerous awards.

Now, working as a specialist within her consulting practice the same pattern was occurring. She found it very difficult to ‘sell’ herself and her services to a prospect and then was significantly undervaluing her services and undercharging even though she continued to deliver results that outshone her clients’ expectations.

Perhaps just like my client, you too are failing to appreciate the value you offer your clients, which is being reflected in the fees you are charging?

In fact, while doing some background research for this article I came across a number of studies which showed some interesting results.

Why is that? When looking at the amazing results they are achieving why is it that women – whether they’re running their own business or working for someone else, find it difficult to get paid what they’re worth.

Several year’s ago I was the co-host of the show – Career Success Radio. On one particular show I interviewed Kate Southam, a journalist from one of Australia’s leading online job boards – Career One. In her Ask Kate Column, she regularly received letters from women who were struggling to get promoted or receive a pay increase and were seeking her advice.

When Kate suggested they should put together their pitch (identifying what they had contributed to the company), approach their boss and request a promotion (or a pay rise) they were horrified. They felt that because the boss should have been aware of the work they were doing, it was unnecessary for them to “have to ask.”

In my work with women entrepreneurs, many struggle with charging what they’re worth; find it impossible to increase their fees; and continue to tolerate things in their business, including continuing to work with demanding clients – all impacting on the amount of money they were making (or not making) in their businesses.

If you can relate, here are four reasons why this may be occurring, along with steps you should take to reclaim your power with money and finally start to charge what you’re worth:

Constantly doubting you have the ability to support your clients, or comparing yourself to your competitors is a great way to deflate your self-esteem, which can negatively affect your ability to charge what you’re worth.

It’s important to identify the benefits you offer your clients and the successes they’re achieving through working with you and recognise that they are achieving these results BECAUSE of YOUR help and support.

If you don’t value your strengths, talents and the valuable work you’re doing then you’ll continue to find it difficult to start charging what you’re worth. And, the only person that has control over that is you.

Isn’t it time you start recognising and valuing what you have to offer?

Just like trying to run your car on the smell of an oily rag is impossible, so is trying to run a successful business that’s not generating any income (or such a low income that you struggle to pay your bills).

If your goal is to run a successful business (and not just a hobby business) then take heed. Undercharging and undervaluing yourself will often lead to burnout due to working long hours because you can’t afford to hire a team and therefore have to do everything yourself.

And, if you’re exhausted and burned out, you’ll hardly be in a position to be at your best for your clients.

It’s time to reframe your thinking. Yes, you are in the business of being of service to and helping others, however, by increasing your fees you won’t have to work excessive hours. With the additional income, you can hire staff to support you, which means you have more time to be of service to your clients.

See the pattern here? Thinking “I’m not in it for the money” and not charging what you’re worth is stopping you from doing what you love to do, which is to be of service to as many people who desperately need your support.

You want to help as many people as you can – yes? You CAN – by charging what you’re worth.

3. You’re too embarrassed to put up your fees

If you’re too embarrassed to tell your clients that your fee is going up when renegotiating your programs/packages despite the results they are achieving, then this is an indication that you’re not valuing your skills and talents.

And, as I’ve mentioned already – if you don’t start to appreciate your strengths and expertise then it’s going to be extremely hard to charge what you’re worth.

Years ago, in my career consulting practice, I put in a proposal for some personal branding and ongoing coaching for an existing client who had her eyes set on a senior level role. She wanted my support over the next 12 months so she could put herself forward in the next round of internal promotions.

I hardly slept the night before the meeting, and remember feeling butterflies in my stomach as I was presenting my proposal to my client. After stating my price I was quite anxious to hear my client’s response; however she smiled and said ‘Really? That’s great – I would have paid double. Let’s lock it in!”

So you can see – it was only me that was concerned about price. She had set herself a goal, knew that I would help her achieve this because of the previous outcomes she had achieved through working with me, and therefore was willing to continue her investment. [Had I not doubted my ability and recognised the value I was offering, I would have been able to double my income. I certainly learned a valuable lesson.]

Stop undervaluing yourself; recognise the value you offer; and step forward in confidence when stating your fee. You’re worth it- aren’t you?!

Have you heard the saying that ‘Eighty percent of your income is being generated by twenty per cent of your client list’?

Working with challenging clients who constantly demand more time than agreed and who continually confront you about your costs – are definitely paying you far less than what you are worth.

Putting up with these clients because you don’t want to hurt their feelings will negatively impact your self-esteem and confidence and will continue to drain your energy. Energy that you should be investing in the clients who respect and appreciate you and are willing to invest in your services at a level that is paying you what you are worth.

Do you really want to continue working with these demanding clients? Stand in your power with money, set clear boundaries with them and stick to these boundaries. If they’re not willing to work on your terms, it’s time to let them go. Fast!

As you can see, the beliefs you have around money and your level of self-worth and self-esteem can drastically impact your level of income.

It’s in your hands! Isn’t it time to step forward confidently and charge what you’re worth?

Are you ready to break through unhelpful beliefs and behaviours that are stopping you from charging what you’re worth? You can!

Here’s to your amazing breakthroughs, charging what you’re worth and GETTING IT!