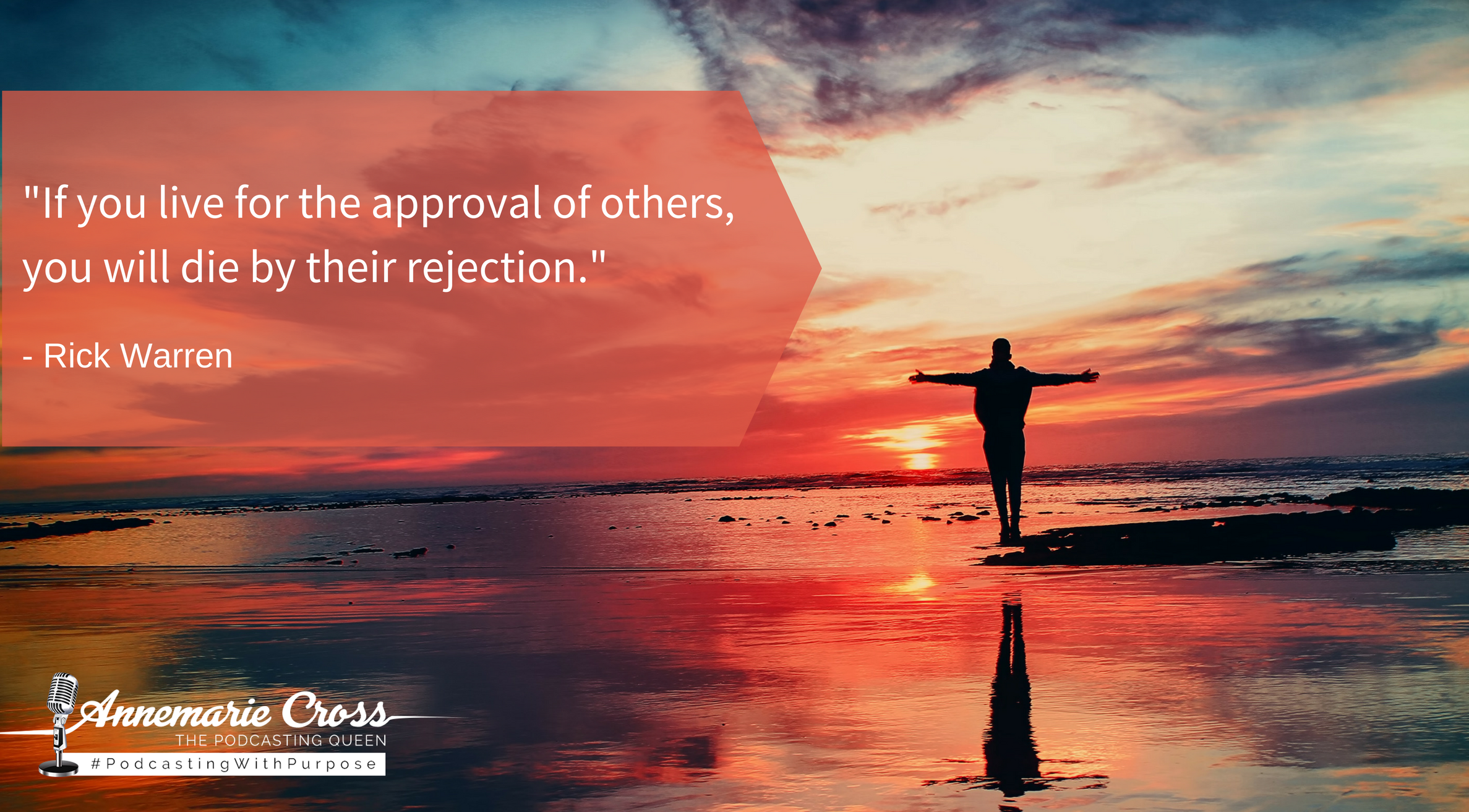 To the Influencers, Disruptors, Innovators and Game Changers (you know who you are) – this message is for you.

While it’s nice to receive positive feedback from others, if you seek approval as a way to build your self worth, it’ll often prevent you from reaching the potential you were destined for.

You see, as an Influencer, a Disruptor, a Game Changer – the message that’s been placed on your heart is not meant for everyone.

In fact, you’ll probably find that many people won’t get you, they just won’t understand you.

And, sadly, because of some people’s envy and spite, they’ll call you crazy.

Because the message you’ve been called to share… It WILL and IS making a difference… to someone!

And, that ‘someone’ needs you to stay strong so you can continue the work you’ve been called to do.

So, be mindful of the source from which you gain your strength, determination, drive and courage.

But above all, never ever EVER, let the disapproval or rejection of others stop you from sharing your message!!

YOU matter. And, so does your message!