Digital Dirt: Are You Protecting Your Online Reputation? 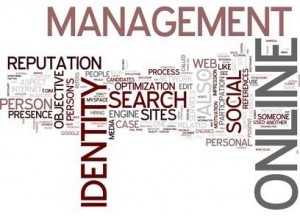 As a business owner – how serious are you about protecting your online reputation? Are you being on-brand in everything you do to avoid creating digital dirt?

Have you ever said something (or done something) you wish you could take back?

I know I have – especially as a teenager.

Whether it was a situation where out of spite I was retaliating to something someone had done; banter in the school yard that went just a little too far; or associating with the wrong crowd and looking a little worse for wear after a night on the town.

Luckily, back then my friends and I didn’t have mobile recording devices. Nor did we have access to the internet and the social media technologies that are so readily available today.

The ease of uploading and sharing on the internet means that embarrassing situations can be recorded, uploaded and shared with dozens (if not hundreds and/or thousands) of people within minutes.

Thankfully, now as an adult I am far more mindful of what I do, say and share online. I’m also careful as to the people I choose to hang out with, which are all things I do to protect my brand and reputation. It’s part of my online reputation management strategies.

Because of the technologies we have at our fingertips we have to be careful of everything we do or say, as we could just be creating ‘digital dirt’ – information that can tarnish our reputation and ruin any chance of getting hired by an employer and/or client. In fact, digital dirt (and NOT looking after your online reputation) can even provoke the termination of a lucrative contract for hire.

Like the situation where a freelance journalist was reporting on a major annual event for the acting profession and tweeted something that was totally inappropriate. It caused a terrible stir among the hundreds of people who were following the event’s twitter feed and ended up being mentioned on the late evening news television broadcast.

Those 140 characters also caught the attention of her client (a major Australian newspaper) who was far from impressed. That was the last she ever tweeted as one of their representatives.

She certainly wasn’t protecting her online reputation with that tweet. I’m sure she looks back at that situation and wishes she had been more mindful of that old saying ‘Think before you speak’, or in her case – before she tweeted.

Another situation much closer to home involved a consultant who approached me and asked if he could be a guest on my podcast. Not knowing who he was, I decided to Google him. You can imagine my surprise when the very first link I found was of someone complaining quite strongly about his business and how they felt he was a fraud. This comment had been written a few years prior and was still coming up as the top link.

He certainly hadn’t been monitoring and protecting his online reputation from digital dirt. This information certainly impacted my decision and he was not offered a guest spot on the show.

Do you want to avoid creating digital dirt by ensuring that everything people read should they perform a Google search on you is professional and what you would want them to see?

Then be mindful of everything you say and do. Be selective of the groups you join and the people you associate with, as well as the videos and photos you share. Your online reputation is at stake.

I could go on…

Just what reaction do you think your current (or future) client would have if they were to stumble across these things?

These are self-inflicted situations of digital dirt – and can easily be prevented.

Don’t put yourself in any situation where you can jeopardize your online reputation by creating material that has the potential to return and bite you in the you-know-what.

Think before you speak and act. It’s as simple as that.

But what happens when someone else shares or says something about you that could potentially tarnish your personal brand and online reputation?

Whether it is a complaint from a client that’s been posted on an open forum; someone has a difference of opinion and openly disagrees with something you’ve said; a colleague has uploaded something that you just don’t want out there in the public domain; or an envious competitor (plagued by the tall poppy syndrome) begins spreading mistruths about you and your services.

How do you handle those situations?

Here are a few suggestions on what to do as well as a link to some tools that will help you monitor and protect your online reputation.

Strategies to Protect Your Online Reputation

Deal with it immediately and aim to turn your disgruntled patron into one of your ambassadors. How you deal with and follow up your client will impact their overall opinion of you AND what they will continue to say about your business.

Once it’s dealt with to their satisfaction – you can politely ask them to remove their original comment.

I remember a story that Guy Kawasaki once shared where a patron was flying on American Airlines and had not received his specially ordered meal. His tweet told his followers of his predicament, however was also seen by their customer service department. They immediately informed the flight attendants; and his meal was promptly delivered to him along with a heart-felt apology.

How cool is that!

Are you and your customer service department as responsive as American Airlines were?

Has someone openly disagreed with something you have said or the way you approach things?

Don’t come out fighting or try to retaliate by putting them down. There is no excuse for being rude AND this will only reflect negatively on you.

Instead, put forward your thoughts in a respectful manner. And it may just mean that you just have to agree to disagree.

An author of a blog that I frequently read made a comment in one of her posts that she disagreed with an article she had read recently. Her comments were not nasty or derogatory – they were just presenting her thoughts and different approach.

The author of that article commented on her blog and instead of sharing his viewpoint, he made a comment that was rude and offensive and totally uncalled for. I bet he wishes he hadn’t come out with guns blazing, because beneath his outburst were about 100 comments from other blog readers in defence of the blog author. They certainly weren’t as kind as what she had been.

By all means, put forward your opinion but do so in a professional manner. Being rude and offensive just reflects negatively on you.

If someone has shared a photo or something about you that you don’t want out in the public domain, contact them and politely ask them to remove it.

Most people will be happy to oblige.

Hopefully you’ll never find yourself in this situation. However, unfortunately the tall poppy syndrome is well and truly alive so as you continue to build brand awareness and attention within the marketplace – people may just come out of the woodwork with negative and spiteful comments.

Should you retaliate? My feeling is not to as you’d only be stooping to their level.

Instead, ensure your actions and interactions are of the highest integrity. Continue to maintain your reputation and credibility as the expert you are by creating and sharing great content on your own blog as well as other platforms.

It won’t be long before those nasty remarks disappear from the front page of Google and their message is overshadowed by the information that can be found online about you to confirm your wealth of knowledge and professionalism.

You can have direct influence over what people read about you by continuing to create articles and blog posts on a regular basis. It’s also important to continue building social proof by listing testimonials and comments from happy clients that have had the pleasure of working with you.

Building, managing and protecting your online reputation is critical and something you should be doing on a daily basis. It’s not something that you can just set and forget.

Here are some tools to help you monitor, manage and protect your online profile and reputation.

Was this helpful? What steps are you going to take that will allow you to continue building a strong online reputation?

Let me know in the comment box below. It’s always nice to hear from my readers!

Till next time, stay inspired!