Is Criticism Crippling Your Confidence? 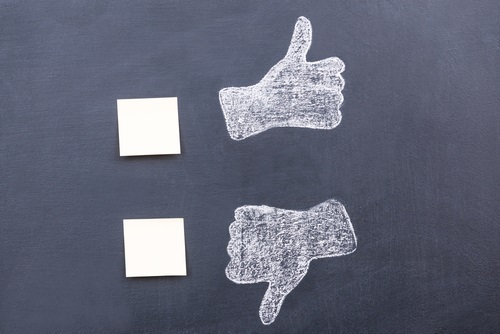 Does the thought of being criticized cripple your confidence? So-much-so that it’s stopping you from stepping out and sharing your message?

Being criticized can be a gut wrenching experience. Especially if you’ve put your heart and soul into creating something that is now being negatively spoken about by people that don’t even know you.

Years ago a person in my networking circles told me that my positive messages, articles, and overall positive demeanour made her feel ill.

The words she used were slightly harsher than that – however I prefer not to use profanities on my blog.

While she did have a reputation for being negative and critical – her comments hurt. And, made me reconsider whether or not to continue sharing my inspirational posts.

Have you found yourself at the end of someone’s critical tongue? Or received feedback that made you doubt yourself and shake up your confidence?

I have. But rather than let them get to me, I’ve begun to appreciate the following six things, which have helped keep me focused, with a level of confidence that has enabled me to continue to share my message.

1. Get clear on what you stand for

It wasn’t until I got totally clear on my core values, what I stood for, my Brand Voice, Brand Promise and overall tone and message I wanted to portray in all of my marketing and my message, that I was able to step powerfully and confidently behind everything I shared.

I can sum up my Signature Brand is just one word: Inspire.

It underpins my brand and what I stand for and I would defend this to the end of the world, no matter what anyone says.

If what I have shared is on-brand with my core message, ‘To inspire’, then I have done my job. People can say what they want.

Are you so clear on your core values; what you stand for; your Brand Voice; Your Brand Promise; your tone and your message?

Can you sum up your Signature Brand in just one word? And, are you sharing a consistent message that is aligned with that one word that defines who you are and what you stand for?

When you do – you’ll possess an unshakable level of confidence.

When I think back to my colleague’s comments, it doesn’t concern me in the slightest.

I know that my mission is to inspire hope, possibility and greatness in others, and that’s what I continue to do.

Her words had nothing to do with me, but were just a reflection of what she is experiencing in her own life.

Who knows – perhaps she’ll eventually find some inspiration in my posts. Until then, I’m going to continue to share them, because that’s what I stand for.

Once I realized that, I was happy to have people add their thoughts to the debate and didn’t see it as negative criticism towards me.

There have even been occasions where the discussion has been become quite passionate and we have agreed to disagree.

A healthy debate, and people’s opinions don’t have to be seen as personal criticism towards you, when and if they don’t agree with you.

Learn to appreciate different options, rather than take them as negative criticism towards you.

3. Set the tone and boundaries

YOU set the tone and boundaries for what is acceptable, and what is not.

While I am quite happy for people to share their thoughts and beliefs, it should be done in a positive and non-threatening manner.

If the tone in which the other person is communicating is derogatory and offensive on my blog/website, it gets deleted.

I won’t participate in a conversation where someone else is not willing to have a healthy open debate.

Would you let someone come into your home and speak to you in this manner? Of course not.

Set the tone and boundaries of what is acceptable, and what is not. And, stick to your boundaries.

4. Learn to Ignore the ‘Negative Nellie’s’

Unfortunately, there are some people who are so caught up in their own stuff that the only way to make themselves feel better is to criticise and bully others.

“a social phenomenon in which people of genuine merit are resented, attacked, cut down, or criticised because their talents or achievements elevate them above or distinguish them from their peers”.

Has someone criticized you about your work? What you’re wearing? Or, [you fill in the gap]. Yet, you know they have absolutely no basis for their comments, because of all the other comments you’re receiving (from YOUR ideal client and the community you are here to serve) which are positive and thankful.

As I mention in my article:

Ignore them. Move on. They’re just NOT worth responding to OR worrying about.

5. Realize that not all criticism is negative

I’m the first to admit that I can take criticism to heart IF I let myself. So, I choose NOT to let myself.

However, it’s important to realize that not all criticism is negative.

Has someone just said something that could help you take what you’re doing to the next level?

If you took a step back and looked at the comment as if it were coming from someone who had your best interest at heart – how could you learn and grow from their remarks?

Years ago when I co-hosted my very first internet Radio Show – Career Success Radio, my co-host and I received some very negative feedback about one of our shows.

The listener felt we didn’t give the guest enough time to answer her questions before jumping in and adding our comments. The interview didn’t go long enough with our guest. And, a few other points.

Initially, the listener’s comments felt harsh. And, as we were quite new to interviewing and our roles as radio hosts, we felt deflated after reading these comments.

However, after we picked ourselves up and shook ourselves off, we revisited the listener’s comments and recognized we could use them to help us develop our interviewing skills.

And, we did. As well as change our show format. Two years later, our show was listened to in over 120 countries, had tens of thousands of downloads, and we had a regular listener base who appreciated our work.

Remember, sometimes criticism can be the impetus for transformation AND your next level of greatness…IF you’re open to it.

6. Remember the people you want to serve

Lastly, remember the people you are here to serve. THEY are what truly matters.

If your message is making an impact in their lives and you’re receiving feedback to back this up, through testimonials, thank you’s and positive comments – that’s all that matters.

Don’t let the ‘Negative Nellies’ stop you from bringing your message out into the world.

Don’t dim your Inner Brilliance because there are some people who envy you and the work you’re doing.

Remember the people you are here to support.

Keep all of the positive comments, testimonials and thank you’s in a folder and the next time you see a negative comment – pull out the folder, read through ALL the positive feedback to remind yourself of all of the great things you are doing and the appreciation so many people (your ideal clients and community you support) have shared with you.

They are who really matters. Everyone else? Not so much!

Question: Have you ever been at the receiving end of someone’s nasty criticism? What did you do to NOT let it cripple your confidence? Go ahead and share by clicking here.